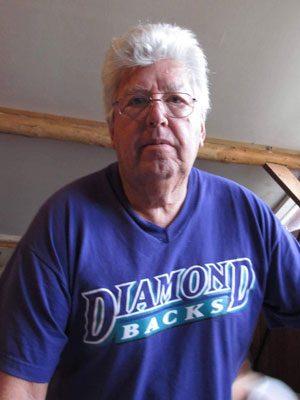 Testimony in Chapter 13: Fish Wars on the Klamath River

Robley Schwenk (Yurok) served as the Vice-President of the Klamath River Indian Conservation Wildlife Association (KRICWA) and the Secretary of the Requa Indian Community Association (RICA), both of which were grassroots organizations. He was also a member of the Yurok Transition Team. Robley was an avid writer, spokesman and negotiator during the Klamath River Fish Wars. He is a Yurok fisherman and an advocate for Indigenous rights.

Back to Authors Page