Ka’m-t’em: A Journey Toward Healing

Many generations ago, along the Klamath River, there lived a wise woman who wove the most beautiful baskets known to humankind. Her baskets were woven so tightly that water could not penetrate them. She was aging and had many experiences to share. Through prayer, she began to weave a basket for the people. The wise woman worked day after day, weaving, praying, and singing. As her strong hands moved gracefully over her materials, she shared a story to be retold, a song to be sung again, and a lesson to be learned. When she finished, she had created a large beautiful basket bowl. She called this basket Ka’m-te’m1 because it held the treasures of the people.

In a Yurok village at Bluff Creek, the woman placed the basket in the water where two rivers join together, and stood silent as the basket began its journey. The basket seemed to tip-toe across the gentle breakers; it moved along more quickly as it hit the swift currents and swirled ever so purposeful into the eddies. Round and round, the basket turned through the trials and tribulations of the water and then burst free into the swift, shallow flow of the river. All life that swam below watched with great interest.

Although the villagers lived within their own unique environment, each village anticipated the basket’s presence, for they knew the old woman understood the human need for knowledge and contribution. As such, the people picked up the basket, rejoiced in the lessons, and then they too added prayers and allowed the basket to continue its journey. After many stops, the basket reached Requa, the mouth of the Klamath River. It made three final spins, reflecting a ceremonial journey, and drifted its way over the rough water of the river’s mouth and into the belly of the Pacific Ocean. All that the basket had to offer made its final journey into the sunset, where it exists eternally.

K’am-te’m: A Journey toward Healing was inspired by this piece of history. Just as the woven basket was made to share knowledge, one purpose of this book is to expose you, the reader, to Indigenous knowledge, the journey to protect it, and the healing that occurs through transmitting it to younger generations. The roots of this book began when I interviewed my 84-year-old father as part of my dissertation, and he suggested I make a book. I thought he meant simply a transcription of our interview, but what he intended was far greater. He meant a book, one that could be used in classrooms, in trainings, or as a mirror of goodness and knowledge in which Indigenous people could see themselves reflected in true, healing, and positive ways. That idea planted the seeds for this book, a project involving almost two dozen authors and written from an Indigenous perspective.

This book presents Indigenous testimonials of resistance, renewal, advocacy, resilience, beauty, and awakening. For example, a lead plaintiff in Lyng v. NICPA, a case that went to the Supreme Court, shares in-depth Indigenous knowledge and “behind the scenes” influences of the case; a fluent Tolowa speaker describes the impact of colonial education on language loss and his personal journey as a first-language English speaker learning to speak his heritage language; and a regalia maker describes the impact of genocide on communal relationships, the natural environment, and Indigenous spirituality, while relating the journey of reclaiming Indigenous identity through the process of regalia-making. In the sharing and in the listening of Indigenous testimonials, we are reminded of the beauty and the strength within us. The precious knowledge shared in this book inspires reclamation of identity and encourages readers to seek, search, embrace, and value their own truth.

All of the royalties from this book will be forwarded to the Ka’m-t’em scholarship for Indigenous California youth.

What People Are Saying

“Ka’m-t’em is a powerful and thought provoking book that I am adding to the required reading for my university course on working with diverse families. Ka’m-t’em’s message of strength, survival and resilience is deeply inspiring. It goes to the heart of identity, culture, and speaking one’s own truth. This book is a gem to read and read again.”

“Ka’m-t’em: A Journey Toward Healing is an influential work that has reached a national interdisciplinary audience. The book includes narratives of the indigenizing and revitalization of local Indigenous wellness, ceremony, and healing practices. The book is versatile and offers an important perspective for multiple disciplines.”

A Beautiful Poetry of Resistance and Renewal

“The writers share first hand experiences that range from survival, perseverance, awakening, activism, searching, recovery, renewal, responsibility, revolution, spirituality, remembering, respect, and balance. It also shares the pain and tragedy of the past and present, along with the awakening and the return to, and conversation of, practices and ceremonies to restore and promote healing. Throughout the book there is a beautiful poetry of resistance and renewal that rings in each essay, echoing a renaissance of hope and transformation.”

Reminded of Beauty & Strength Within Us

“In the sharing and in the listening of Indigenous testimonials, we are reminded of the beauty and strength within us. The precious knowledge shared in this book inspires reclamation of identity and encourages readers to seek, search, embrace, and value their own truth.”

“This book represents an amazing effort to assemble over 20 authors from various ages and education levels. Just as one may gather research from the archives, this book is the gathering of community, cultural, and historical knowledge. In professional settings such as social work, curriculum and development, and public school classrooms, Ka’m-t’em provides invaluable knowledge and responsive education for trainings, workshops, and classrooms.” 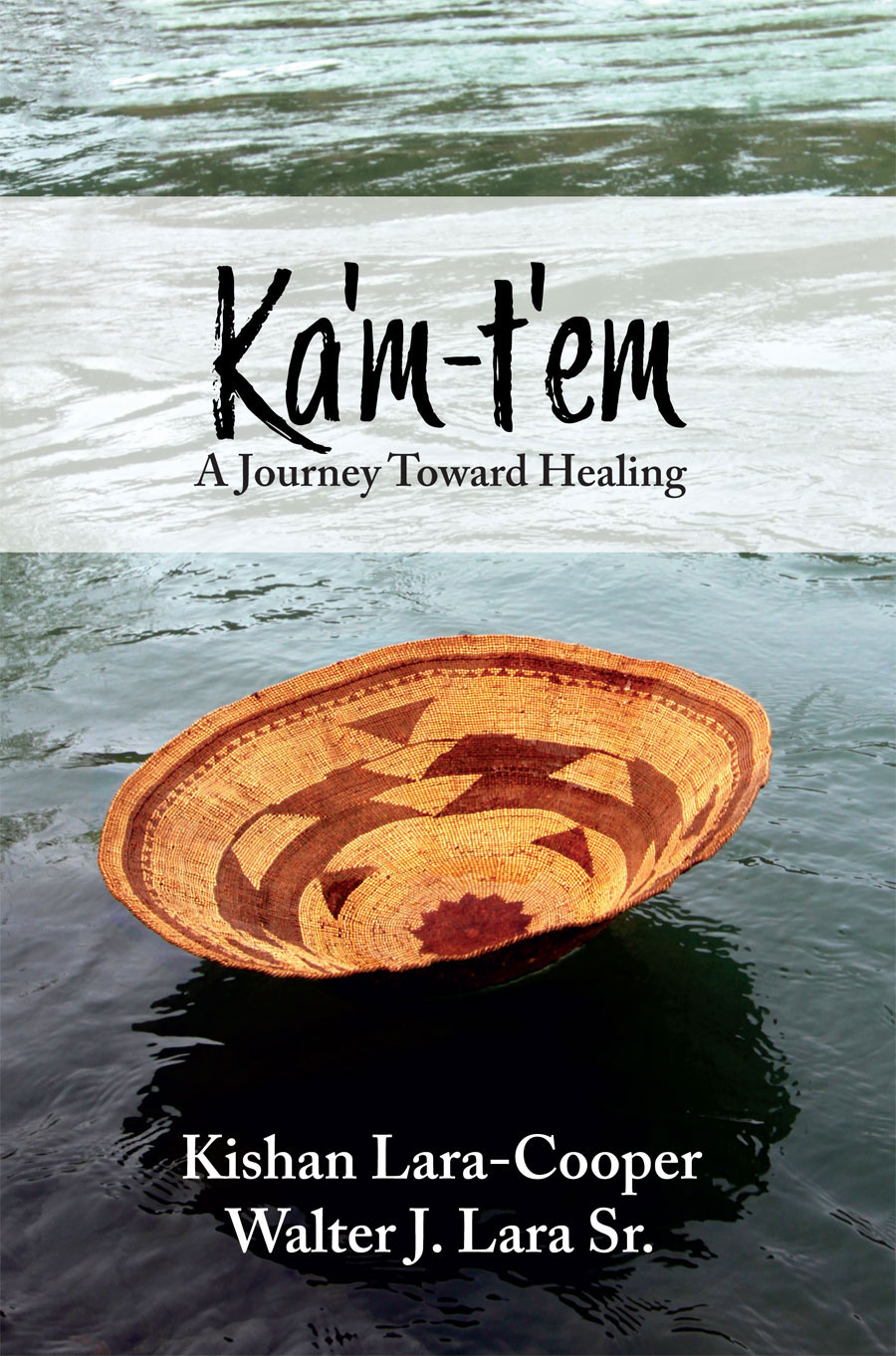 Ka'm-t'em: A Journey Toward Healing

This book incorporates the testimonials of 27 California Indigenous leaders. The precious knowledge shared in this book inspires reclamation of identity and encourages readers to seek, search, embrace, and value their own truth.

Ka'm-t'em: A Journey Toward Healing

Ka’m-t’em Video Project- A team of youth will be interviewing Ka’m-t’em authors and developing a 20 minute video that highlights the key messages from their testimonials. The video will be launched at an event in May 2020 and then posted to the Kamtem-IndigenousKnowledge.com website.